I’ve made a little more progress on my On Deck skateboard for the Montana Skatepark Association’s charity auction. 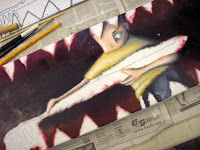 I wasn’t completely sure what colors I wanted to use for the toothbrusher’s clothes except maybe that he should be wearing jeans. I grabbed some of the dark purplish blue I had used for inside the mouth and added a little white and Unbleached Titanium to lighten it up.

His shirt ended up yellow, and I’m thinking it’s just because sometimes I tend to think in a primary color scheme.

The hardest part for me is always mixing a convincing flesh tone along with shades of it that don’t make it look dirty. I started his skin, but then let it sit for a couple of days before I finished it. Just a little bit of nervousness about it, I think.

By the way, a few little pieces of trivia…

You may have known that the crew on the set of the movie Jaws referred to the three mechanical sharks they used as “Bruce,” but did you know that Steven Spielberg named it after his attorney? Also (from IMDB):

“In addition to the well-known nickname of “Bruce”, Steven Spielberg also called the shark “the great white turd” when he really got frustrated with the troublesome animatronic fish.” 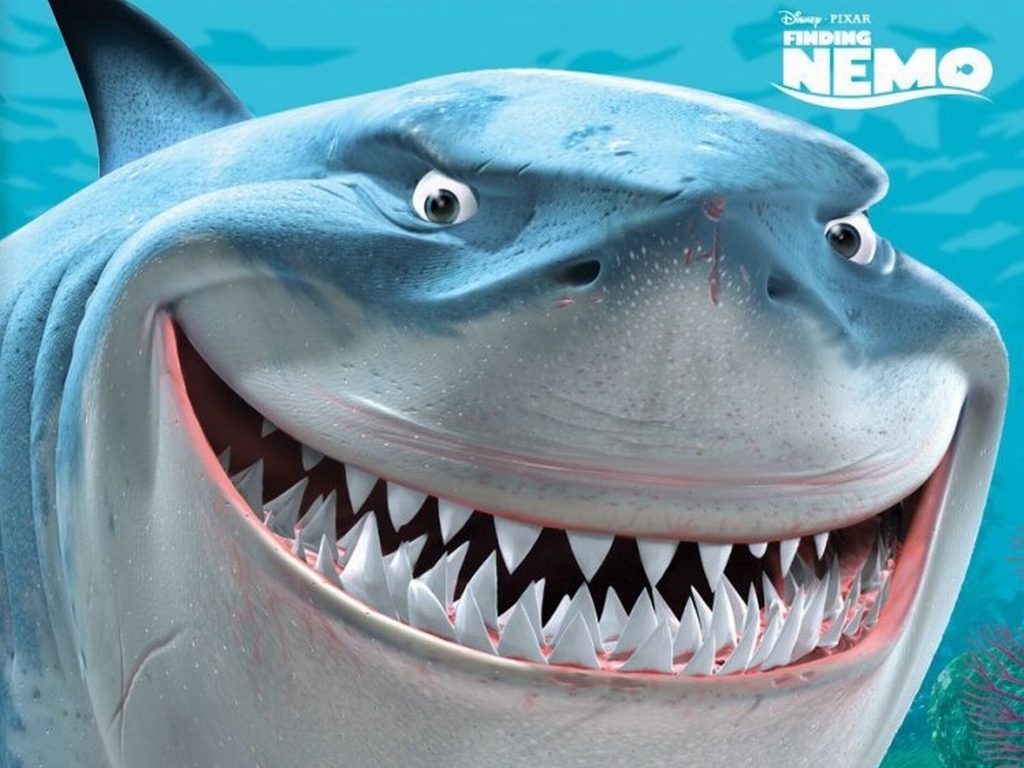 Bruce is also the name of the Great White in Finding Nemo.